Minnesota: Home of 10,000 Lakes and more. Floatplanes have a long history on these lakes. Whether they hold a form of recreation or a necessary and intrinsic place of the region, one thing is for sure and that is your summer on the lake won't go by without seeing one - allowing enthusiasts access for the most amazing canoeing, fishing, hiking, camping, hunting, and exploring that Minnesota or our northern border has to offer! 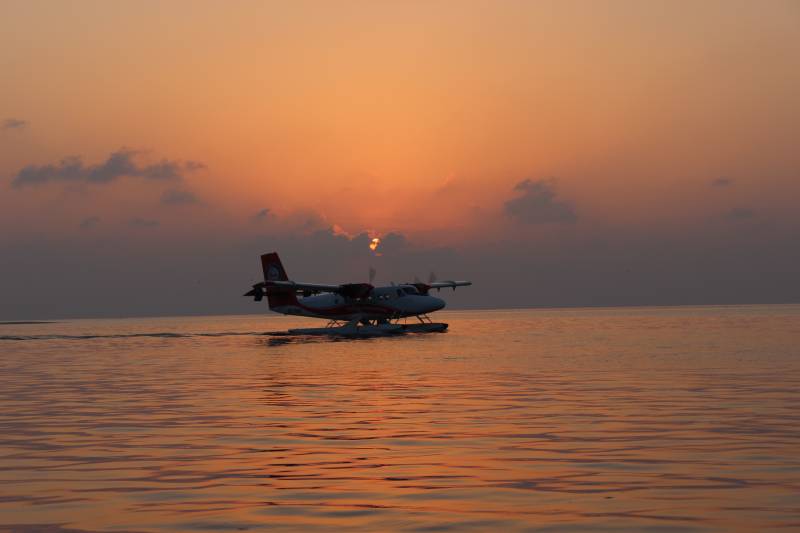 Seaplanes can land on most bodies of water in the 5-state region. The exceptions in Minnesota are some lakes in the seven-county metro area and lakes contained in state parks.

2. Can they overfly my cabin?

Seaplanes almost always land and take off into the wind to lower their ground speed and limit their water run distance. That means that unlike an airport, a seaplane's runway can change locations in given wind conditions. Factors like the size of your lake and in some cases water conditions, will dictate the approach or departure direction taken. Seaplane pilots are taught to try to avoid overflying a house on shore at less than 1000 feet unless conditions dictate a lower altitude for safe operation.

3. Why do they buzz the lake before they land?

Seaplane pilots aren't really buzzing the lake, they are taking a closer look at the intended water runway. A pilot will overfly the landing area to get a look at the surface and obstructions both on the water and below the surface and assess traffic in the area. In most cases the pass is a good indicator of the general direction and area the pilot intends to land.

4. What rules and regulations are they under when they operate a seaplane?

Well the obvious one is the FAA rulebook as it applies to aircraft operations. The less obvious ones are the maritime and state rules that may apply. Once a seaplane is on the water it is a boat and must obey most of the same rules a boater has to follow.

5. How fast are they going when they land or take off on the water and how much water do they need to operate?

It depends on the airplane but for the most part seaplanes take off and land on the water around 70 to 90 mph. The actual speed over the ground is lowered by the amount of headwind on a given day. An average seaplane needs an unobstructed mile or so of water to land or take off.

6. How maneuverable is a seaplane on the water?

It depends on the aircraft and wind conditions. An airplane is a big weather vane on the water and wants to track into the wind naturally. Seaplanes have retractable rudders on the aft of the floats or under the hulls that help steer when on the water. Maritime rules give the right of way to the least maneuverable craft and seaplanes are just above sailboats so most other watercraft should yield to them on the water.

7. How do I know when a seaplane is about to take off?

There isn't a real signal other than the airplane makes a turn into the wind and the water rudders are retracted up for takeoff which are both easy to miss. Full power is the clearest and most obvious signal a seaplane is beginning its takeoff. A seaplane, much like a boat, must accelerate to get on "plane" or as it is called in pilot speak "on step." As the aircraft begins its water run, the nose (much like a boat starting its acceleration) is at a high angle to the water. It is in this initial stage that a pilot's forward visibility is limited and should be given a wide berth. As the plane accelerates the aircraft gets "on step," again much like a boat, the nose lowers, and it accelerates to generate lift with its wings to achieve flight. Once in the air the seaplane will likely level off to accelerate to a safer flying speed before it begins to pitch up and climb.

8. What should I do as a boater when I see a float plane approaching or taking off?

The simplest ask from a seaplane pilot is that you don't add to the risks by maneuvering your boat in an unpredictable or conflicting manner. The worst thing to do is to cross in front or abeam of the intended path of either arrival or departure and leave a large wake for a seaplane to have to cross. Seaplanes do not like big waves and especially ones that are not expected or present a hazard. If a boat crosses in front of a seaplane or leaves a dangerous wake to cross often it will result in an aborted takeoff or landing. In a similar manner do not try to race a seaplane on takeoff or approach. As we have noted, seaplanes are very limited in their ability to maneuver and the added distraction of a vessel racing alongside will often cause a pilot to abandon a takeoff run or landing approach. While it is a lot to ask, many times it's best practice for a boater to stop and watch and enjoy the show.

9. What should I do if I see a seaplane approaching a dock or shore to beach?

Step back. A seaplane will approach into the wind when docking and nose first when beaching. As it approaches, the pilot will cut the engine and glide in as slow as possible. The pilot will try to step out onto the float when close or have a qualified passenger do so. The pilot should have ropes and equipment ready and won't need much in the way of extra help. A seaplane's wing will likely pass over the dock presenting a hazard and seaplanes themselves need to be handled with care to not damage them. Once stopped at the dock or on shore the pilot generally can use a hand getting tied off or moored on the beach.

In today's litigious world, a ride can be a sticky thing to give out to strangers on a whim, but it never hurts to ask to see the plane. Most pilots are open and available to talk and have pictures taken around their aircraft if caution and care are used.

Minnesota and its 10,000 lakes are a natural fit for seaplanes. Seaplane flying is just one more fun and unique way to enjoy our amazing home state. Seaplane pilots strive to be good neighbors and want to ensure that we all have a safe and enjoyable day at the lake.

Lake and Company is a socially conscious magazine and shop, carefully curated with a give-back message that supports adventure, innovation, conservation, and community built around lake culture.