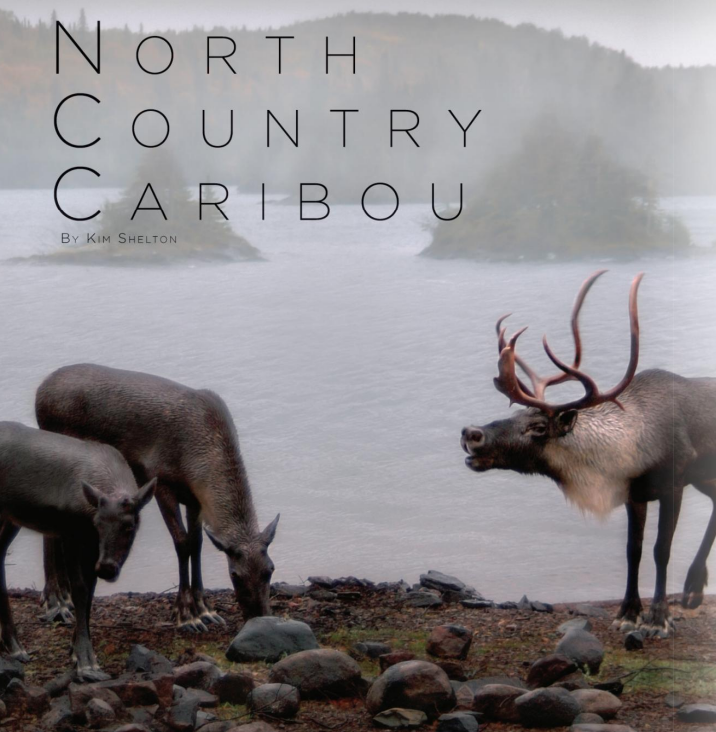 As they move in large herds through ancient forests, dripping with moss and lichen, into vast open peat lands, swarms of insects and birds flush into the sky. The overwhelming sound of determined life fills the air and trembles the ground.  Grunting and unique, as distinct clicking sounds produced from tendons rolling over a bone in their hooves fills the air. Dark brown with light belly stripes, muzzles and legs, they carry massive complex antlers that reach in an arc down across their backs and skyward. These are the sounds and sights that were once common in the northwoods of Minnesota, in the time of caribou.

As a native northern Minnesotan, I was surprised and fascinated to learn that our state once was home to this creature - especially since I moved across the country into Washington state where I became involved with their conservation. No longer so abundant across much of their southern range, Woodland Caribou did, in fact, once roam the North Woods. In the late 1800's, they were more numerous than moose and would range all the way down into central Minnesota by Mille Lacs Lake. The last caribou was spotted on the North Shore of Lake Superior in 1982, but today hardly any Minnesotans know that caribou used to live in the "North Country".

Caribou are circumpolar; they live just south of the North Pole in Europe, Asia, and North America. Known to some as reindeer, caribou or Rangifer tarandus, they migrate in vast herds between calving season and the search for winter foraging grounds.  They are the only members of the deer family in which both sexes grow antlers. Female caribou shed their antlers shortly after giving birth and this nutrient dense offering decomposes back into the soil through rodent gnawing and droppings, providing necessary nutrients for the plants to grow that will feed the mother caribou as she nurses her calf.

Caribou are incredibly adapted for harsh winter climates, with large hooves that act as snowshoes they can walk on top of deep snow to reach high growing lichen, and shovel it away to get to the ground lichen growing underneath.  "Caribou lichen", of which there are many species, supplies most of their winter diet and can take up to a century to grow! This kind of forage grows in very old forests, most of which faced excessive logging around the turn of the century.

Some of Minnesota's caribou browsed in the peat bogs as well, like the "Big Bog" just north of Red Lake.  This herd migrated to their calving grounds in Canada and came back down to the bog to winter over.  But with overhunting and agriculture settling along their migratory path on the Rainy River in the 1930s, this herd became isolated and quickly declined.  Noticing this, The Red Lake Game Preserve was formed with the sole intention of keeping the caribou population alive.  They relocated 500 families out of the area, blocked drainage ditches, reintroduced beaver, heavily instated Warden patrols to deter poachers, culled wolves, and even blasted wallows into the bog to create watery refuges for the caribou from the pestering insects!  Still, the population dwindled and eventually there were just three cow caribou remaining in Minnesota. Enclosures were built and ten caribou from Canada were relocated to the area. Ten years later there were still only a handful of caribou and shortly after, no caribou were seen during aerial surveys.   Considering the amount of work and energy the state put into preserving this animal, we can safely assume they were once incredibly important to us as Minnesotans.

A delicate balance supports the existence of caribou in a landscape. They cannot tolerate the kinds of predation that moose and white tailed deer populations can survive.  Adult cow caribou begin calving at three years and always bear a single calf, compared with white tailed deer which can bear up to three fawns their first year. Caribou also live in areas that are extremely difficult to access, even by predators like wolves and bear, but when people move in, roads are built and power lines added. These travel highways not only take predators but also moose and deer, who compete for forage and love the new growth created by clear-cuts, right into caribou country.

Another silent killer threatening caribou is a parasitic brain worm carried by white tailed deer that is fatal to both caribou and moose, but not to deer. In Minnesota and other states that caribou used to roam like Maine, New Hampshire, Vermont, Idaho, Montana, and Washington, populations of deer outnumber that of other ungulates.

Though no caribou roam through Minnesota's wild forests and bogs these days, it is still possible to see their legacy. Aerial photos show migratory paths through the peatlands created by the Red Lake herd that we tried so hard to keep alive.

The southern range of caribou continues to be pushed further and further north, and in some places, entire eco-types of caribou have gone extinct.  As Minnesotans, we may never get caribou back into our state, but we can still help keep them in their historical range right here in the lower forty-eight. Today, a tiny herd of caribou still migrate south into northeastern Washington and Idaho. This is one of the last groups of caribou still coming down into the United States.  These resilient few are the southernmost herd in North America, and belong to the most endangered eco-type of caribou, the Southern Mountain Caribou. 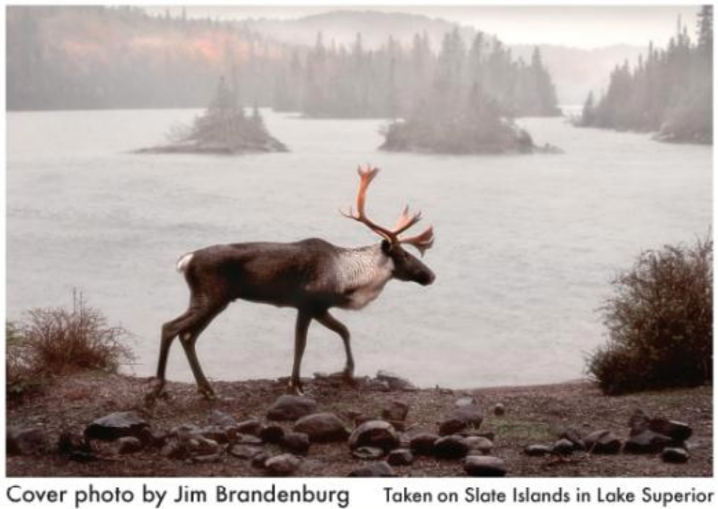