If You Build It They Will Come

In a peat bog in northern Minnesota, researchers have built a little patch of the future. Even though scientific research has been happening there since the 1960s, a new era is beginning. 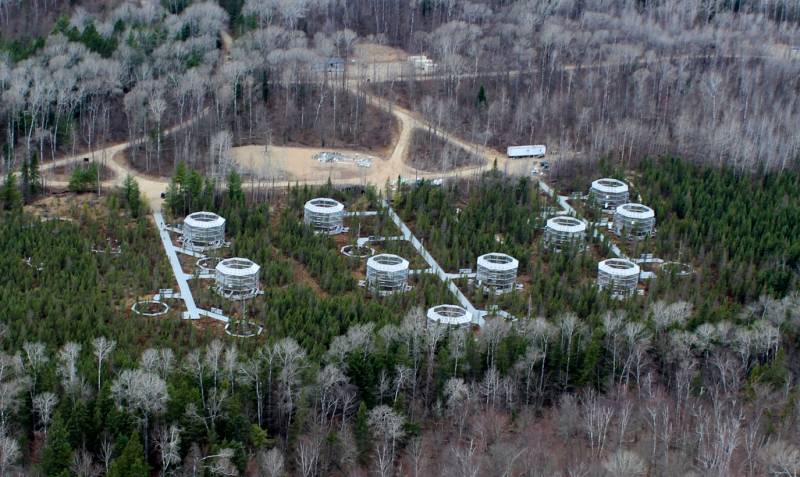 Ten octagonal enclosures - each 36 feet across, 24 feet high and open to the sky, dot a bog in the USDA Forest Service's Marcell Experimental Forest. Boardwalks encircle these plots and allow scientists to walk above extensively instrumented experimental plots that are located in the surrounding 20 acre peat bog. The project, known by its acronym SPRUCE (Spruce and Peatland Responses Under Climatic and Environmental change), is an experiment to determine how northern peatland ecosystems will respond to increases in temperature and elevated atmospheric carbon dioxide (CO2) concentrations.  The project is a collaboration between the Forest Service and Oak Ridge National Lab, with funding from the US Department of Energy.

There's good reason why the research is being done in a bog. Northern peatlands cover 3 percent of the earth's land surface, yet they contain about 30 percent of all the global carbon stored in soils. And, the experiment is purposely located at the southern margin of the boreal peatland zone. These ecosystems, which have always been on the fringe of the natural range of boreal peatlands, are considered to be especially vulnerable to climate warming. Peat in the bog slowly accumulated over the last 10,000 years, starting at the time when glaciers were retreating to the north. Now, climate may be changing too much and too fast to sustain these bogs and vast stores of carbon in northern Minnesota and beyond. With warmer temperatures and longer growing seasons, peat decomposes more quickly and stored carbon is likely to be released as CO2 or methane (CH4). These greenhouse gases then accumulate in the atmosphere along with those from industrial and transportation emissions. 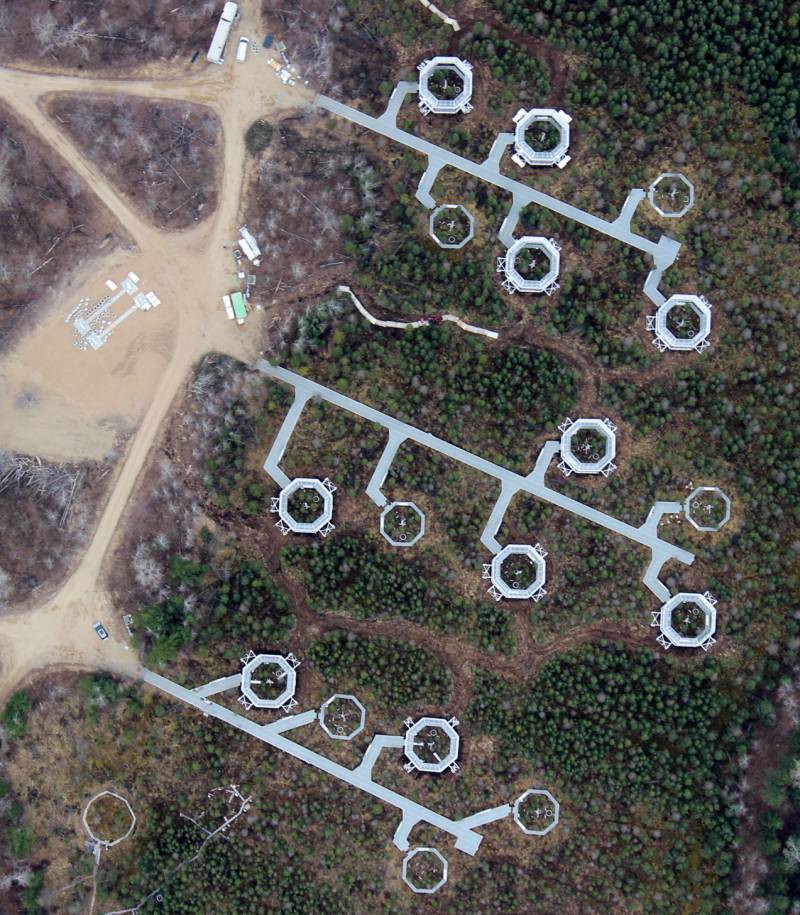 The experiment provides a testbed to determine the tipping point at which organisms, carbon and nutrient cycles, and whole-ecosystems respond to climatic warming and elevated CO2 concentrations. One set of enclosures is heated and another is heated with CO2 concentrations that are nearly double the concentrations outside. Heat is added to increase temperatures by 4, 8, 12, and 16 degrees Fahrenheit relative to un-warmed, reference enclosures.

Though similar research topics have been studied in different forest types, SPRUCE is the largest whole-ecosystem warming experiment ever attempted. It’s going to be a unique experiment for the planet. There’s never been another infrastructure like this in a similar ecosystem. With the ‘if you build it, they will come’ mentality, this novel experiment has well surpassed its reputation, as well as its interest from the scientific community. Scientists are acquiring foundational knowledge of the basic ecosystem process- everything from microbial responses (the little bugs in the soil) to the trees- are being recorded. The data collected by the experiment will contribute to the growing body of climate information that is being gathered throughout the world and how different emissions scenarios will affect the fate of the planet in coming centuries. Because of the scope of the SPRUCE experiment, scientists from all over the globe are paying attention and even flocking to the bog. If there’s anywhere on the planet where it it could be possible to push ecosystems to their limits, northern Minnesota is it!

To read other great content in LAKE Magazine, you can purchase or subscribe online HERE and support this independent publication. By becoming a member you would receive the latest issues PLUS great Lake + Co. Shop perks!

PrevCribbage : A Lake Time Pastime
Next32 Flavors and Then Some