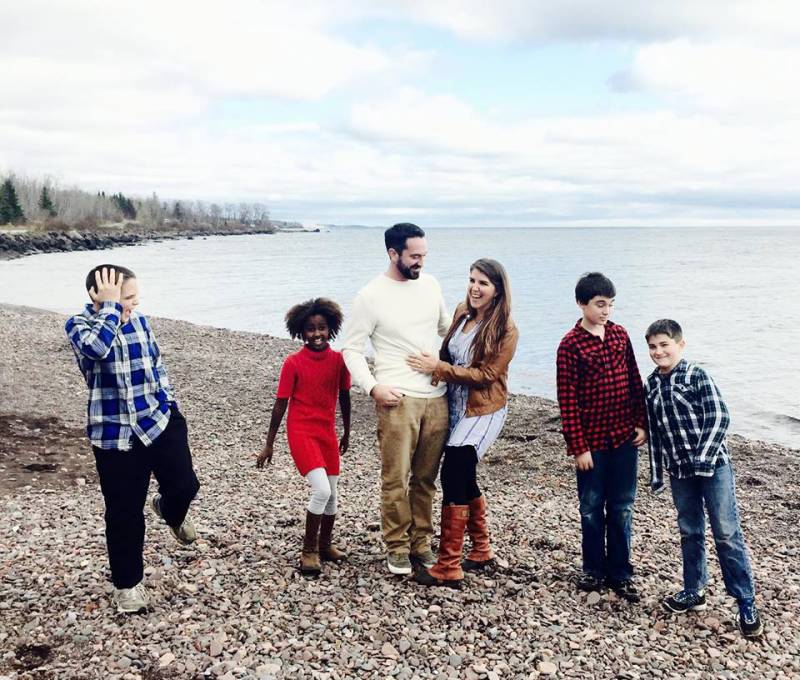 Meet our daughter, Amilia Degenesh. She embodies light and life, and we adopted her at the age of nine months. She is the inspiration to our story of Adoption: The Mountain and Valley

My husband and I weren’t one of those families that always had their heart set on adoption. We didn’t have it planned out. It wasn’t even on our radar. Nathanael sneezed on me, and I got pregnant. It was that easy. Although, after four pregnancies, and three births, we were told it wouldn’t be wise for me to conceive again. You see, instead of waiting to contract at 40 weeks, my body started at 17 weeks. Now this is craziness!...I am NEVER early for anything. Since my body was done hosting babes, we started the process of adoption.

Our short nine-month journey of international adoption is unheard of and was one of perfect timing and answered prayers. Not one roadblock stood in our way.

I realize that many of you may want to curse at me and throw your slipper. We had no problem conceiving, and our adoption journey was the one you see in brochures. But, not you. You are aching to be a mama. You have tried everything. You have prayed, you have begged, and you have bribed. I can’t say I know where you’ve been, but I do sincerely ache with you. I am so sorry that it has been so hard. But, do hope you read on. It would be my honor.

I knew the phone call would be any day now. With each ring, my hopes soared. This time, I was not let down. I quickly gathered my senses and sat down on the basement stairs. She was a healthy seven-month old baby girl. Her name was Degenesh Abera, and she was ours. I hung up the phone with our social worker, and quickly called Nathanael at work. We both ran to our computers and opened up the coveted email with her picture. We finally saw her for the first time. What a dolly! Those eyes and pouty lips had us hooked. 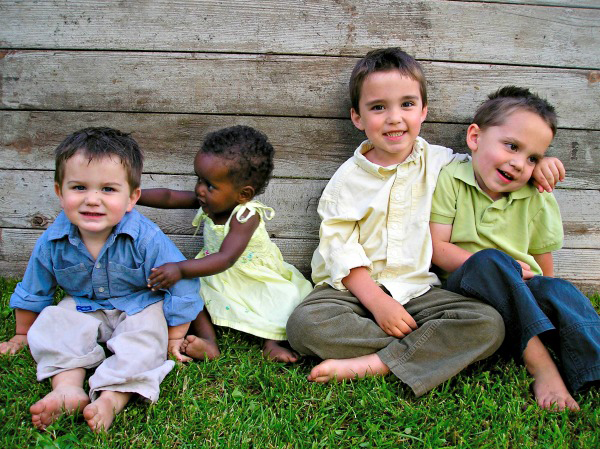 After a few chaotic weeks of travel planning, packing, medical shots, and more paperwork, we were off on a 30-hour trip around the world.

I have watched the video over and over with grateful tears. The miracle of this day does not fade.

Our family was complete with the most beautiful little girl I had ever laid eyes on, Amilia Degenesh Bailey.

We were on top of the mountain!

But, we all know what comes after the mountain top. 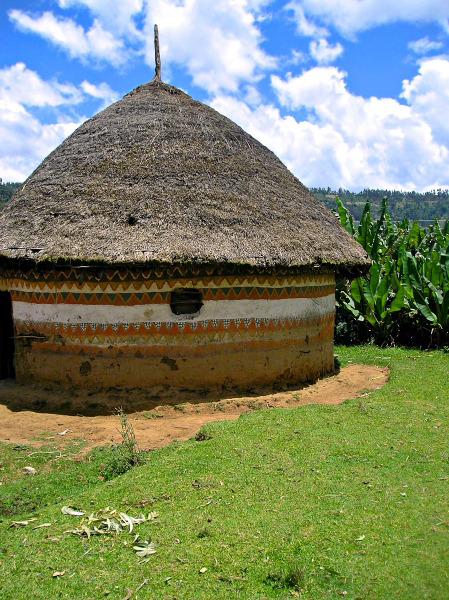 No one I ever talked to, or book I read, prepared me for the next year of my life and the struggles I would have becoming an adoptive mother. As high as the mountain was, so low the valley.

We arrived home on my 30th birthday, and while severely jet lagged, we were over the moon! After the initial hellos, cake, and welcome home party, the routine came. My husband went back to work, and I was home with four children ages 4, 3, 2, and 9 months.

Before I go any further, know this. One of my highest values is authenticity and honesty, so that is what you are always going to get from me. Period. I will share the ugly and broken parts of my life with you. I do so in hopes that you will trust me, learn from my mistakes, and be encouraged that you are not alone.

Admittedly, one of my greatest downfalls is the ugly kind of PRIDE. I don’t like to ask for help, and I am certain and sure that I can handle most situations. Raising three boys, four and under, was a lot to handle. But in my opinion, I was knocking it out of the park; I was supermom. Looking back now, I see that I had set myself up for disaster. Not only had we experienced a mountaintop adoption experience, but I had also elevated myself to the “Supermom” status. At the base of mountains are valleys, and pride comes before the fall.

The fall was painful and ugly. I was undone and at the lowest point in my life thus far. I was not attaching to my new daughter. She was a mystery to me. When I tried to explain my despair and depression to close friends, I was unable to find words. The only one who I felt heard me, was God.

My picture perfect daughter had also unraveled. She took her cues from my lousy behavior and anger. Crying constantly, I was unable to settle her down. It was as if an emotional, irrational teenage girl was living in the body of my one-year old. The only time she was content, was when sleeping. Most days, I would leave her in her crib crying. I could not console her, and I quickly grew weary of trying; my anger rising, I knew she would be safe there. This went on for weeks and then months.

What was wrong with me that I couldn’t attach to my new adopted daughter?

At that time, I did not have the insight or emotional energy to try and figure out why. I was barely surviving.

I remember one moment in time with crystal clear clarity.

Once again, Amilia was crying inconsolably in her crib. Unknown to me, my 4 and 3-year old boys had let the dog out, and he was now running around the neighborhood causing trouble. As I ran out the door with my older boys to chase the dog, I realized I had no idea where my 2-year was. We called him “Silent Sammy” because he never made any noise, but he was constantly moving and into something. The dog became the least of my priorities, as I started to search for Sammy. I finally found him in the garage, clinging to the top of a six foot ladder! He was quietly whimpering (probably because he had been there a good while and had grown weary) and bleeding. I quickly snatched him up, and ran out to the yard to find my boys. I was met by our wonderful neighbor who told me the two older boys were running around the streets looking for our dog.

Boys, ages four and three, were running the streets without supervision.

My two-year old was traumatized and bleeding.

My baby had been crying in the crib for over an hour.

And, oh yeah, the dog was lost.

I honestly don’t remember what happened next. I must have found the kids, dog, and taken care of my bleeding Sam. I do remember calling my husband at work though. I quickly re-told the story to him, in hopes that he would drop everything and come home. At that moment I didn’t really need physical help, but I was emotionally DEAD. Looking back on it, I should have told him that I needed him to take me to the mental ward. I was losing my mind and was in despair. I had placed my value in my “supermom” status, and I was clearly failing.

My despair went on for a good six months before I came to this realization. My greatest efforts to attach and love my adopted daughter were falling desperately short. My pride and failure had paralyzed me. One day, many months in, as I was headed once again to her bedroom on a mission to stop her incessant crying, I asked for help. Honestly, I don’t remember asking for help before this point. My pride had blinded me, and didn’t want to admit I couldn’t love her on my own. It was a simple prayer.

God, help me to love her, because I can’t do it on my own.

From that moment on, things changed. I came face to face with the reality of where my pride had taken me, and I needed help. Attachment didn’t come overnight. Honestly, it took until she was at least two before it seemed healthy. Along with asking for help, I fought hard to embrace humility. Before this point, I didn’t realize how my pride ruled me.

If I could sum up my lesson to share with you:

Be strong, be courageous, and be bold. Love those babies with all you have and be confident. But don’t be full of pride. Don’t think that you are better than others are. Also, don’t judge them.

I learned the hard way. I told myself that I was awesome, that I was supermom, and that I was doing a better job than you.

Shame on me. Please, please forgive me.

Now mamas, if you are on the other side of the plate, and embrace self-distrust and lack of confidence, listen up. Don’t believe the lies that you are failing, and that you are not enough. You, are enough.

Growing our family through adoption not only brought me the most loving, sweet and sassy daughter, but it also taught me humility. I am tearful, and my heart overflows with gratitude. I love my daughter so! And I wish you well on your own journey. 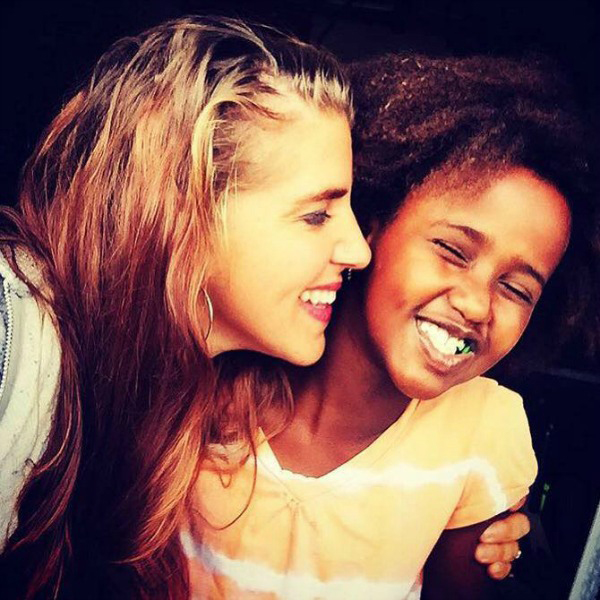 Anna sheepishly admits she may be the messiest member of her busy family of six. Her patient husband Nathanael, of sixteen years, has learned to live with her messy downfalls. Nathanael and Anna have 3 biological boys and an adopted daughter; Isaac, Lincoln, Samuel, and Amilia Bailey. Take a step back into the 1950’s, and that’s what you’ll see in their Lakeside neighborhood. Families share meals and kids play pickup games of ball. Anna is passionate about building community and investing in her amazing city, Duluth. Somehow in the midst of her creative chaos, Anna runs her own business making and selling re-claimed art and furniture. Sawdust is her girl glitter, and power tools her best friends. She is also is a singer-songwriter, and you may just catch her singing at the local pub or pizza place.

"Duluth Moms Blog is a locally focused parenting resource serving moms in the Duluth and Surrounding area. We have a writing team made up of twenty eight Duluth based moms in all walks of life, and we've made it our mission to connect local families both online and offline. Find out more at DuluthMomsBlog.com”

Join The Conversation: The Ultimate Give Back