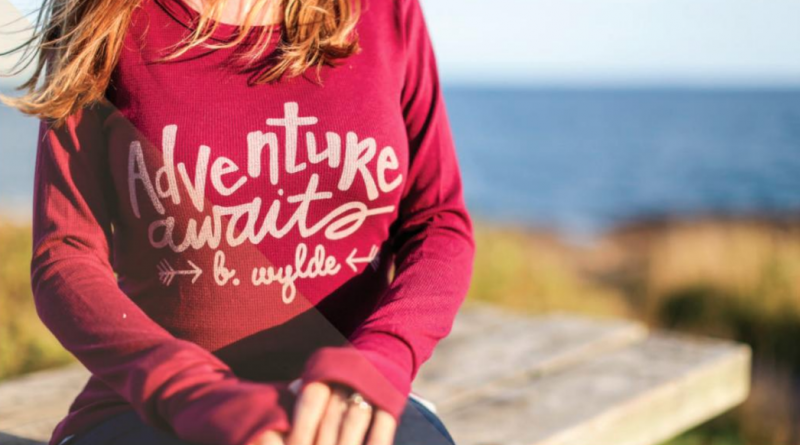 According to former Apple CEO and mastermind Steve Jobs, those crazy enough to think they can change the world are the ones who do.

That's also the adopted motto and the philosophy of B. Wylde Clothing. The company, created by childhood friends, is focused on their passions. The outdoors. Recreation. Activity. Yeah, even Bigfoot. It also focused on another strong passion; that of community.

The rebirth of the Detroit Mountain Recreation Area is but one example. Detroit Mountain had been a staple for outdoor recreation for 50 years, not only in the Detroit Lakes area but even in places like Fargo and beyond. Thus, when it closed at the end of the 2002 season, skiers that loved the outdoors and the skiing the Mountain afforded were left with a hole in their recreation options. For those that live through the long northern Minnesota winters, that hole hit hard.

However, after a five-year hiatus, a non-profit group was assembled to reconstitute the Mountain and donations began to be acquired. Five years after that, and the Detroit Mountain Recreation Area was reborn and it re-launched formally in 2014.

Actually, did we say reborn? Wrong word. Detroit Mountain was upgraded like Astronaut Steve Austin after a crash. The Mountain was made better, stronger, and faster. While not bionic, it does now feature an awesome new tubing area, an incredible new lodge, and for summer recreation, some of the finest mountain biking that can be found west of the North Shore. Throw in some fabulous hiking and some of the prettiest nature scenes you can imagine, and the Mountain is outdoor recreation paradise. The place has to be seen, and experienced, to be believed. Simply put, a trip to the area is incomplete without a stop for a day of action, regardless of what season it is.

Local businessmen Mike Hutchinson and Mark Fritz, owners of B. Wylde Clothing, were part of the team that revived Detroit Mountain, and that support continues to this day, in part due to donations made from every sale made at B. Wylde Clothing. A portion of every dollar raised goes right to the mountain.

B. Wylde Clothing offers a full assortment of men's and women's clothing, as well as a full line of accessories to appeal to those that relish the outdoor lifestyle. The garments are constructed of material like comfortable tri-blends and brushed fleece and are adorned with specialty treatments like applique and designs that speak to the outdoor lifestyle.

The assortment features hoodies, t-shirts, and hats. They're the type of clothes you reach for as you pack for "the lake," and the type of clothes made for outdoor activities - be it something as active as hiking, biking, or canoeing, or something as simple as sitting around a northern Minnesota campfire, cooking s'mores and counting stars, friends, and blessings.

They also feature a lot of Bigfoot, and like anyone that loves roaming around outdoors, Bigfoot is in action. Depending on the design, Sasquatch might be found flipping a peace sign, piloting an aircraft (who says he can't?), or passing along encouragement to "Obey the Call" and to "Keep it Wylde."  The man knows how to party.

Why Bigfoot? First, because Bigfoot! He. Just. Rocks. Second, as a child, Mark Fritz was taken by the concept of the pinnacle image of the outdoors that Bigfoot represented. Mark even dreamed of leaving home and heading into the woods on a quest to find the elusive, iconic creature. Money was saved. Plans were hatched. Naysayers were confronted. The belief was big, as big as a size 22EEE footprint in fresh snow, as was the fire to prove the closed-minds wrong.

While that trip to find Bigfoot never ultimately came to fruition, the dreams associated with such a quest never died. In fact, that passion still applies to this day. Through their lives, both Hutchinson and Fritz have held big dreams and have loathed limits. They've never been big fans of those that say, "That's impossible, that will never work." They believe it's better to try something and fail than to never try at all, and if given a choice, they would throw their hats in with the dreamer's every time. They feel the dreamers are the ones who move mankind forward, by thinking differently and taking chances.

That, ultimately, is the core of B. Wylde Clothing. It is a lifestyle brand built around the idea that chasing after your dreams, taking adventures, getting outdoors, and living life to the fullest are the best qualities.

The clothing line really epitomizes all that Hutchinson and Fritz hold dear. The quality of the manufacturing held to their highest standards. The designs of the garments reflect their spirit for being outdoors and living in clothing that makes those times outdoors more enjoyable. Their donations, based on the sale of every item at B. Wylde Clothing, reflect their passion for support of community. Finally, their use of Bigfoot harkens back to the big dreams of a small kid. Dreams that flew in the face of the naysayers. Dreams that never died.

So the next time you see a great t-shirt or sweatshirt featuring an irreverent graphic of Bigfoot, you'll know a little bit about his background. He's the product of two friends. Two men who care deeply about their community. Two guys that love the outdoors, and always keep an eye out just in case Bigfoot might be around. And ultimately, two guys that were crazy enough to think they could change the world.