We're motivated by a desire to improve the world, silly as it may seem. We have a two ­pronged approach. Our background in environmental education/sustainable agriculture inspires us to feed our customers with the best granola we can produce. We're serious about our ingredients and our artisan­ quality production methods.

We're also serious about our connection and contribution to our local community. Our not ­so serious side is in our branding, using humor to market the concept of our high ­fiber granola 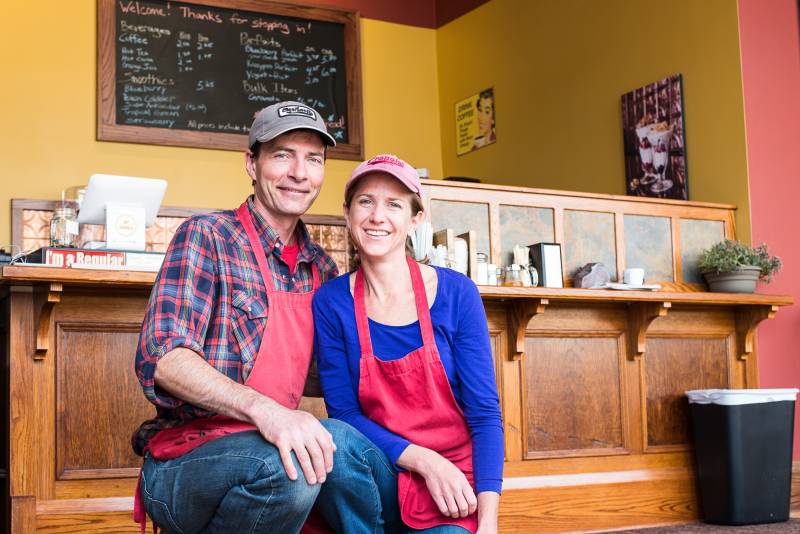 Our story began innocently enough, out in the fields of produce that my wife and I were tending during our time as farming apprentices. We learned some great life lessons out there, stuff you can't learn from a book. There was a lot of emphasis on sustainability, of taking care of the land that would in turn take care of us. This approach sometimes required a little extra time and effort, but the results were extraordinary. A farm is a great place to witness the power and synergy of a system working in harmony. Impressed, we began to dream big dreams. And we were empowered to go after them. As we waved goodbye to our mentors, we envisioned some day finding our own piece of land to take care of.

A Business Is Born

By June of 2007, we were living the country life on our very own of f­rigid homestead in northern Minnesota. That's when a silly conversation turned into inspiration for our granola business. One day I said something like "wouldn't it be funny if we made cranberry apple granola and called it Crapola?" I say lots of things like that, but for some reason this idea actually became a reality. Next thing I knew, a business was born. Be careful what you say in front of your wife. It could change your life forever.

Somehow we convinced ourselves to actually pursue the idea. With no experience, no funding, no business plan, basically not a clue what we were getting into, we began the slow process of bringing the idea to life. The first test batches of Crapola were made on a wood­fired cook stove at our cabin, and we hosted a granola tasting party, with our friends providing feedback on the prototype recipes. Twelve attempts later, the recipe was perfected and we were ready for the big time. Crapola was officially launched in June, 2007 at our local farmer's market. It was a hit! By the end of summer we were encouraged to approach local grocers to ask if they would carry our granola. Sales were modest at first, and then the brand caught fire. Crapola gained a local following, and was even mentioned by Jay Leno on the Tonight Show (10/29/07 episode), just four months after its inception.

Before we knew what was going on, our brand had momentum. It was surprising to us that without advertising we had gotten a product of our own creation on store shelves. We began to get orders from more stores, and growing the business turned into a full time job. We outgrew our rental kitchen and built our own production facility in 2009. Who would have ever believed that we could take a silly joke this far?

Since our humble beginning almost ten years ago, we have grown our product line and our distribution area. We have put the "fun" in "functional" food, and reminded scores of people about the importance of fiber in their diet, in our own signature style. We have had a lot of fun marketing our granola, but we're serious when it comes to quality. Just like we learned in farming, it's worth taking extra time and effort to do things the way we believe is best. Running this business has been far more work than we imagined, but we learn as we go and take pride in our accomplishments. We have grown the business, but the business has also grown us. Each day brings new opportunities and we're excited for the future. We want to sincerely thank our "regular" customers for supporting us all these years! 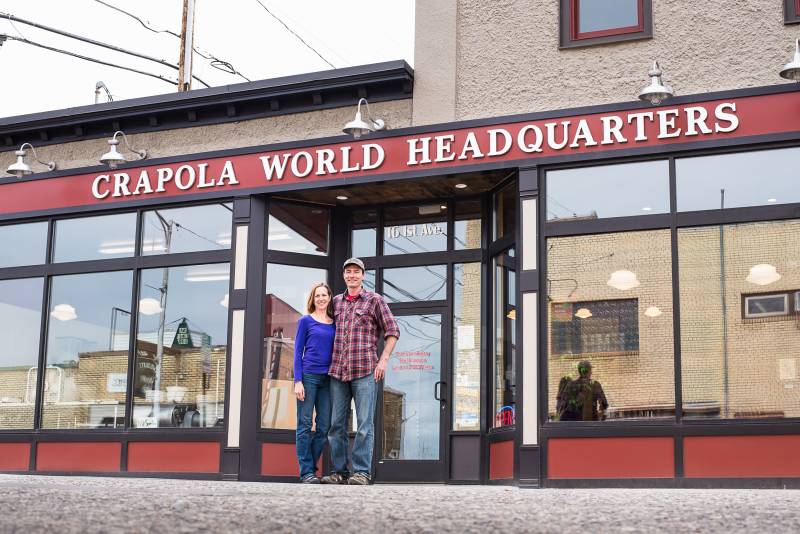 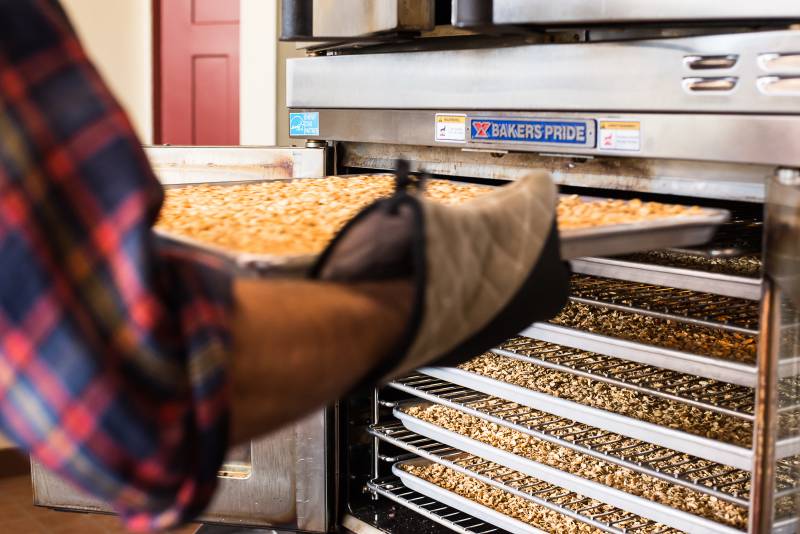 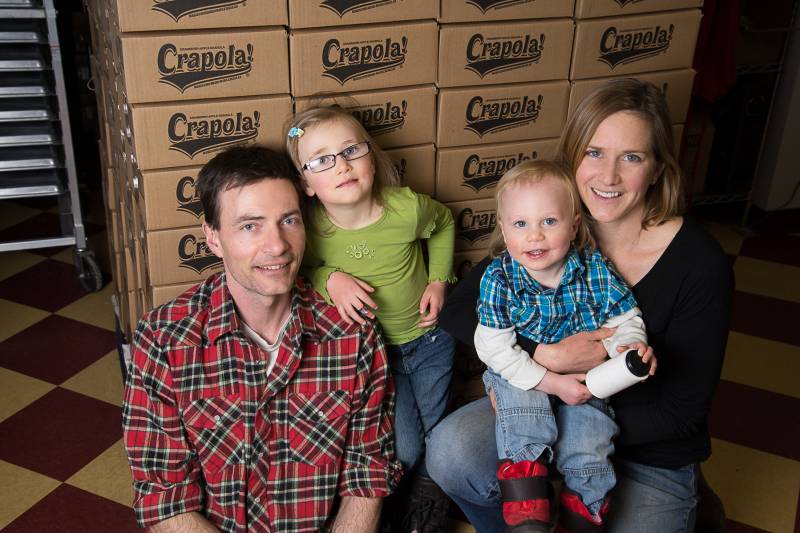