Surfs Up! On Lake Superior? 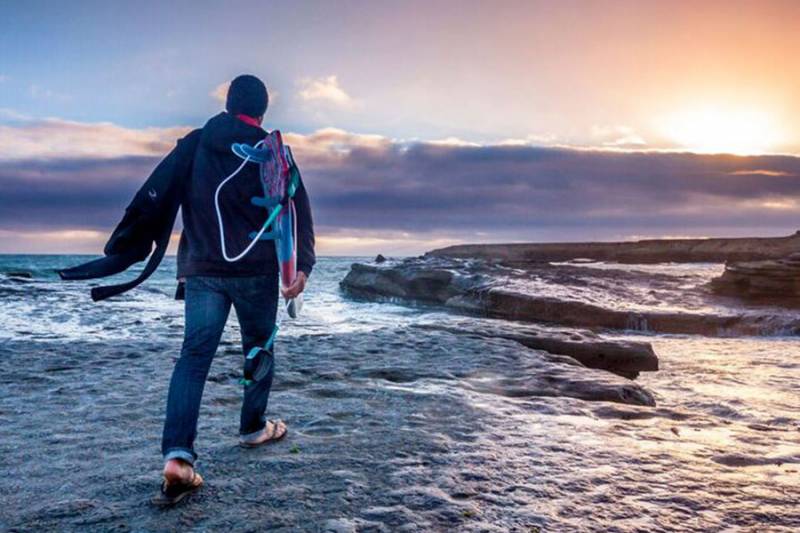 You may wonder, how can it be enjoyable to surf in the frigid waters of Lake Superior? Simply put, it feels amazing! Many people think it's crazy to surf the big lake, but for those who enjoy surfing, it's impossible not to get out there. You cannot keep people out of the water, no matter what the temperatures. With amazing improvements in wetsuit technology, surfers can enjoy their passion in the cold water and air temps Minnesota is accustomed to throughout the fall, winter, and spring. These are typically the best seasons for surfing Lake Superior, especially the North Shore, due to more predominant storms with north winds. Many people who surf Lake Superior began surfing while living somewhere near an ocean. As they found themselves either returning home or relocating to Minnesota, Lake Superior offered the opportunity to get that feeling back.

I grew up in northern Minnesota taking part in many of the traditional outdoor pastimes and have come to realize that surfing is a lot like hunting and fishing. One might ask, how does hunting/fishing have anything to do with surfing? It actually includes many of the same elements you must think about when preparing for the venture. Oftentimes you find yourself waking up before sunrise to prepare all your gear in the dark and cold, likely drinking a cup of warm joe on the drive to the spot while you think about the weather conditions, particularly wind direction for the day. The weather obviously plays a large role in dictating the best spot to surf for the day, just as it does on where to hunt or fish. Then you think about how many other surfers may be at that spot searching for the same waves, much like walleye fishermen circling their GPS coordinates on a specific area of a drop-off and competing with many other boats for the same fish.

In surfing, there is also a strong connection between being outside in the water and using your body with a great combination of strength, stamina, agility, and technique to get yourself onto a wave. There is also a great sense of freedom out in the water. You are not really bound by any rules or regulations while surfing, just a few simple pieces of etiquette learned along the way. Once you do all that work to catch the wave, riding the wave itself is obviously what feels incredible. As you may expect, catching bigger waves and going faster tends to feel better, so goes the natural progression of bigger and better things. There is also an art form involved which evokes much passion behind surfing; something expressed both by surfers and surfboard shapers. The artistry of surfing is virtually unlimited because there are many different types of waves all over the world, which tend to bring out different styles or techniques to surfing. Shapers create different boards to surf particular waves, sizes, and conditions. In general, the bigger the waves, the bigger the boards that will be used, but it is also the way the board is shaped which will make the board feel and do different things while surfing.

Surfing Lake Superior is very challenging physically, of course, but also due to the inconsistency of waves or swells that occur on the Great Lakes compared to the ocean. When the weather patterns shape up for good surfing, you have to be prepared because you may be limited to only hours of good waves, whereas you may have days of surf in the ocean per swell. This is because waves produced on Lake Superior are primarily from something called windswell, which are waves generated by local winds from a storm that is relatively near the shoreline where you are surfing. As a result, the swell periods are short (four to 10 seconds between crests) and the waves tend to group up on each other with very consistent sets and less energy. The other type of swells are groundswells, which are swells usually generated by winds much farther away and more commonly experienced in the ocean. As a result, more energy is transferred into the water during the generation of the waves, which create longer swell periods (typically 11 seconds or more). Waves with longer swell periods can travel great distances without losing the swell energy like windswells do. On very rare occasions, Lake Superior may have wave periods that reach groundswell status.

Is surfing Lake Superior dangerous? Yes. There are currents, rocks, the cold and other surfers. About the only thing one does not have to worry about are sharks. Like everything, though, experience is crucial.  Over time you understand how to properly read waves and how certain surf spots work differently, but this takes time. So it is important, if you are a beginning surfer, to go with experienced friends. Surfing is all about having fun, and the ability to do it in Minnesota makes for a particularly special experience.